AC/DC will release their new studio album in the next two months and tour later in 2020, if an Australian broadcaster is to be believed.

Speaking on Melbourne’s Triple M Hot Breakfast show, Eddie McGuire claimed that the legendary band will unleash their new album in February or March of this year, and they’ve got an Australian tour in the pipeline for this autumn.

McGuire also said that Brian Johnson is definitely back in AC/DC for the album and tour, and he’s “been able to get a hearing aid” following “a lot of work and a lot of technical research.”

Brian Johnson was forced to quit AC/DC’s Rock or Bust Tour in March 2016 when doctors ordered him to stop touring immediately or risk total hearing loss.

Eddie McGuire said: “There has been speculation, but my mail is there will be a new album released by AC/DC in February or March this year, but also that AC/DC will be touring Australia in October or November 2020.

“And after a lot of work and a lot of technical research, they have been able to get a hearing aid for Brian Johnson, who will be out front. And even drummer Phil Rudd might be back in the group either playing percussion or drums with guitarist Angus Young, so that they’ve got three of, well, not the originals, but three of the old-timers, if you like, back there.

“They’ve had a few changes over the journey, but Angus out front, Brian Johnson lead singing, and maybe Phil Rudd, after his issues that he’s had in recent times.”

AC/DC themselves have made absolutely no comment on their future, however speculation about new activity was fuelled when photos emerged online in August 2018 of Brian Johnson, Phil Rudd and engineer Mike Fraser outside Vancouver’s Warehouse Studios where Stevie and Angus Young were also spotted that week. 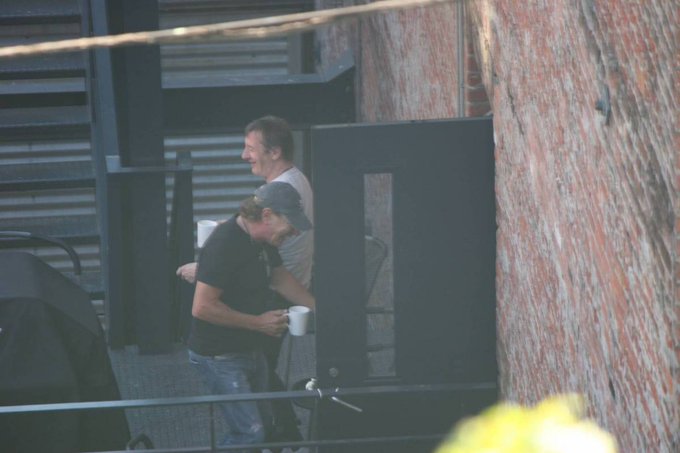 The rumours gained traction weeks later when JAM Magazine quoted sources who claimed that the new AC/DC album will be dedicated to the memory of Malcolm Young and feature his distinctive rhythm guitar playing lifted from recording sessions several years before ‘Black Ice.’

Last January, grindcore trio Terrorizer said on Facebook that Brian Johnson had personally told them he was back in AC/DC.

They wrote: “We ran into Brian Johnson from AC/DC at the airport today after the flight home and we asked him about the rumours of him being on the new AC/DC album and he said ‘yes’ and that he is ‘sick of denying it.’ So that was a cool surprise ending to the tour.”

In April, the band’s long-term engineer Mike Fraser confirmed that AC/DC have been in the studio “doing something”and weeks later US radio DJ Eddie Trunk quoted “reliable sources” who told him AC/DC will “absolutely” tour with Brian Johnson.

Chris Slade, however, urged a note of caution over fan speculation, saying in November 2018 that he’s learnt over the years “not to believe the rumours”.